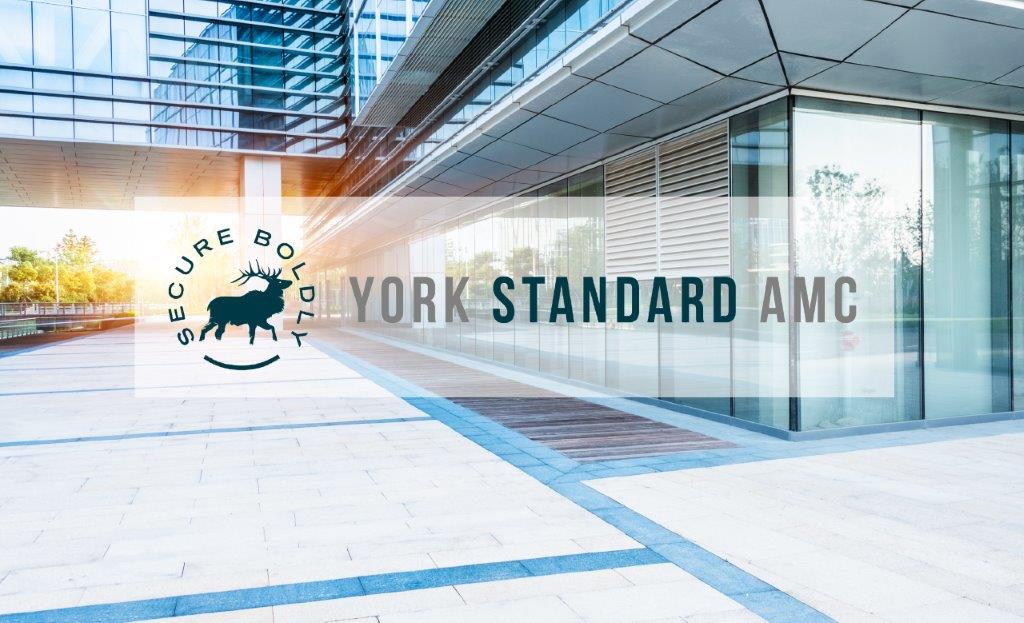 As financial challenges continue to sweep  across the region, a pair of Raleigh firms have launched a new venture to serve as a one-stopshop for all things related to distressed commercial real estate.

York Properties Inc. and Standard Title Company have announced the launch of York Standard Asset Management Company, a joint
venture providing services for the handling of distressed commercial real estate, from receivership and active management to brokerage and more. 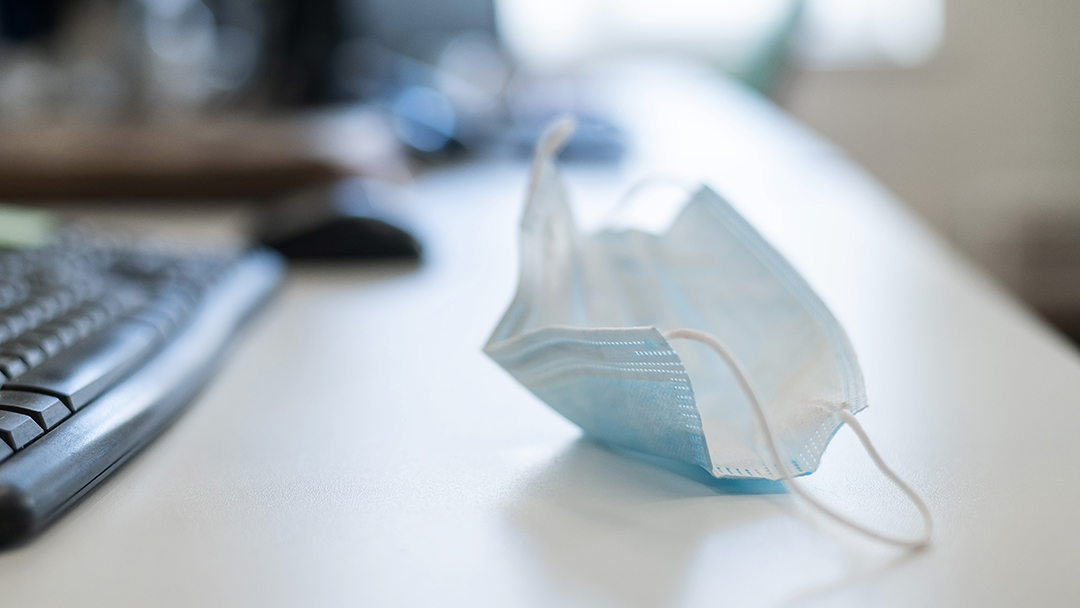 A written policy provides workers a sense of comfort knowing that the business owner has assessed the physical structure to see if it’s ready for occupancy and provides guidance on who should return to work and how they should act once there.

The plan should address:

For more information about these and other ideas, please visit the CDC’s Employer Information for Office Buildings website. 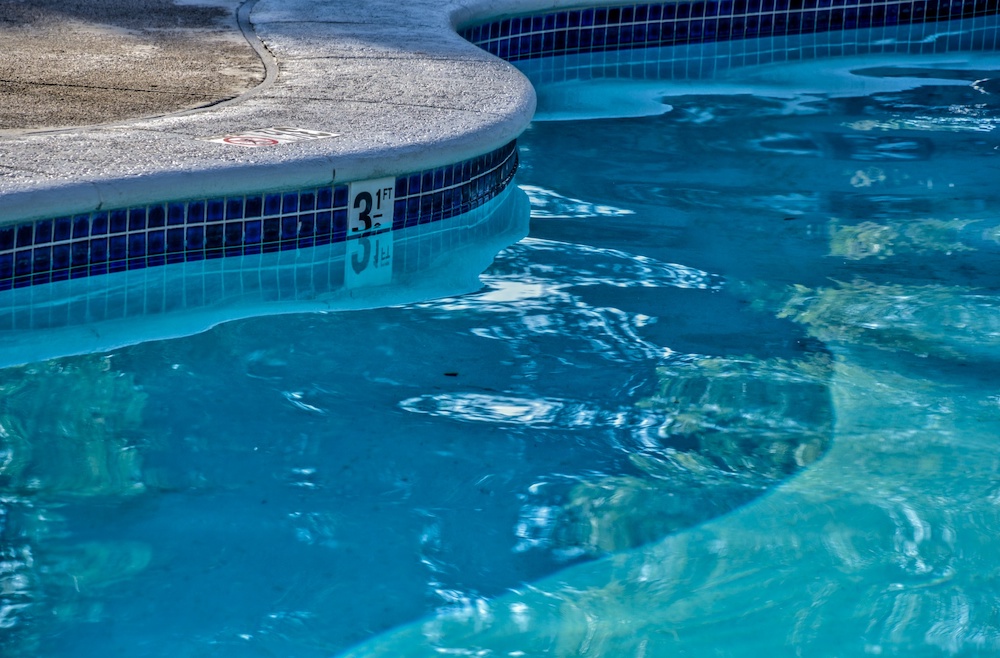 From Our Friends at Jordan Price Law Firm:

While none of us has a crystal ball, some public statements this week from NCDHHS lead us to anticipate that pools will be allowed to open during Phase II of NC’s reopening, and the conditions are yet to be defined.  The link here to the just-published CDC guidance for operating HOA pools this summer is a great tool for HOA managers and boards to start thinking about pool operations, as North Carolina is likely to require compliance with CDC guidance in this area.

We know many of you are apprehensive about how to comply with rules that seem so far afield from what you are set up to do at your community pool.  We want to emphasize that the key to compliance is reasonableness.  The policy goal for changing pool rules and methods of operation is not strictly to abide by a state mandate – the overarching goal is to prevent the spread of the disease.  Keeping that in mind and recognizing that there are certainly limitations to the ability to enforce every guideline in every situation is a reasonable and justifiable approach.

We fully anticipate situations arising this summer where owners who are fearful of community spread of COVID-19 will call the police or health department to report violations of social distancing and gathering limitation rules at the pool or other common areas.  We believe we will be able to work through those issues with the health department and avoid shut downs if the board has a reasonable plan in place for enforcement.  By reasonable, we definitely are not recommending physical confrontations to enforce social distancing or a physical confrontation to force someone to leave the pool.  But the HOA does have reasonable enforcement tools in its arsenal for levying fines and revoking pool privileges after due process.  Those enforcement tools will only be available if you adopt specific rules that owners are expected to follow at the pool – and those are going to be different than the rules you used last summer.  By demonstrating to the local health department that the HOA board (1) has adopted appropriate rules; (2) is tracking noncompliance with periodic drive-bys or acting on owner complaints with evidence as to owners are recklessly disregarding the rules; and (3) is acting to impose consequences for violations, we would hope to work cooperatively with the health department to avoid a shut down in the event they do receive reports of gathering limitation or social distancing violations.

We have attached some suggested disclaimer language for posting signage at the pool entrance and entrances to pool restrooms.  We would also recommend posting safety signs at the facility such as those referenced in the CDC link above.  Including this language in your rules addendum for this summer and on any correspondence you send (by mail or digitally) is also recommended.  If you plan on using sign-up genius or another online reservation system for designated times that members can reserve their spot at the pool, adding this disclaimer language to the registration link would be ideal.  While we have been asked by a number of clients whether they should have every owner using the pool sign a waiver, the disclaimer language posted prominently as we have described is a much more logistically feasible solution, allowing managers and pool personnel to focus on other aspects of pool safety rather than chasing down and tracking those individually signed forms.  Operating a pool always imposes some liability, but we believe posting this signage is a good step toward providing some liability protection.

We have spent a lot of time in our office thinking through possible scenarios posed by managers, board members and pool professionals, as well as ideas we have researched from across the country.  Ultimately, we find it is difficult to create pool rules which are one size fits all, and we certainly would want you to tailor your rules to the guidance that comes out with any new Executive Order or a more restrictive county or municipal order.  We encourage each of your communities to have a “2020 Pool Rules Addendum” reviewed by legal counsel, published to the entire membership, and displayed prominently at the facility prior to opening of any pool. 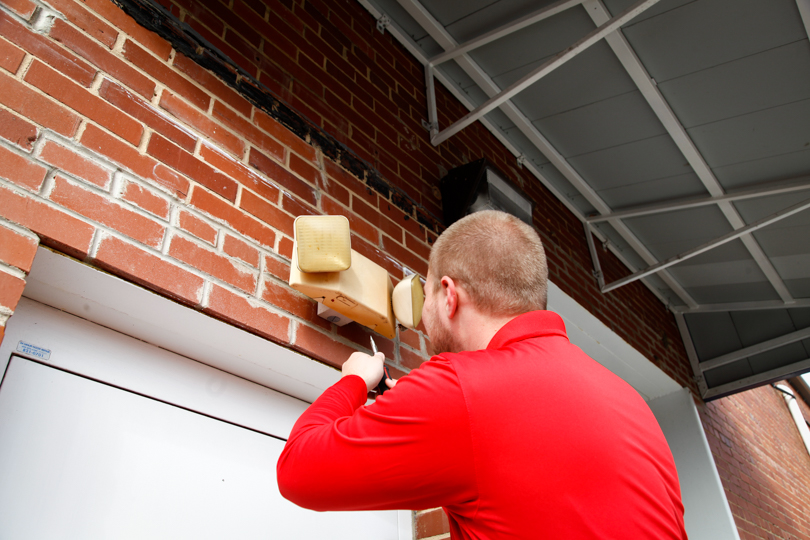 Noticing some exterior projects that need attention as you’re working from home?

York Maintenance is on the job and ready to tackle your commercial and residential projects!  Tell us about your maintenance needs. 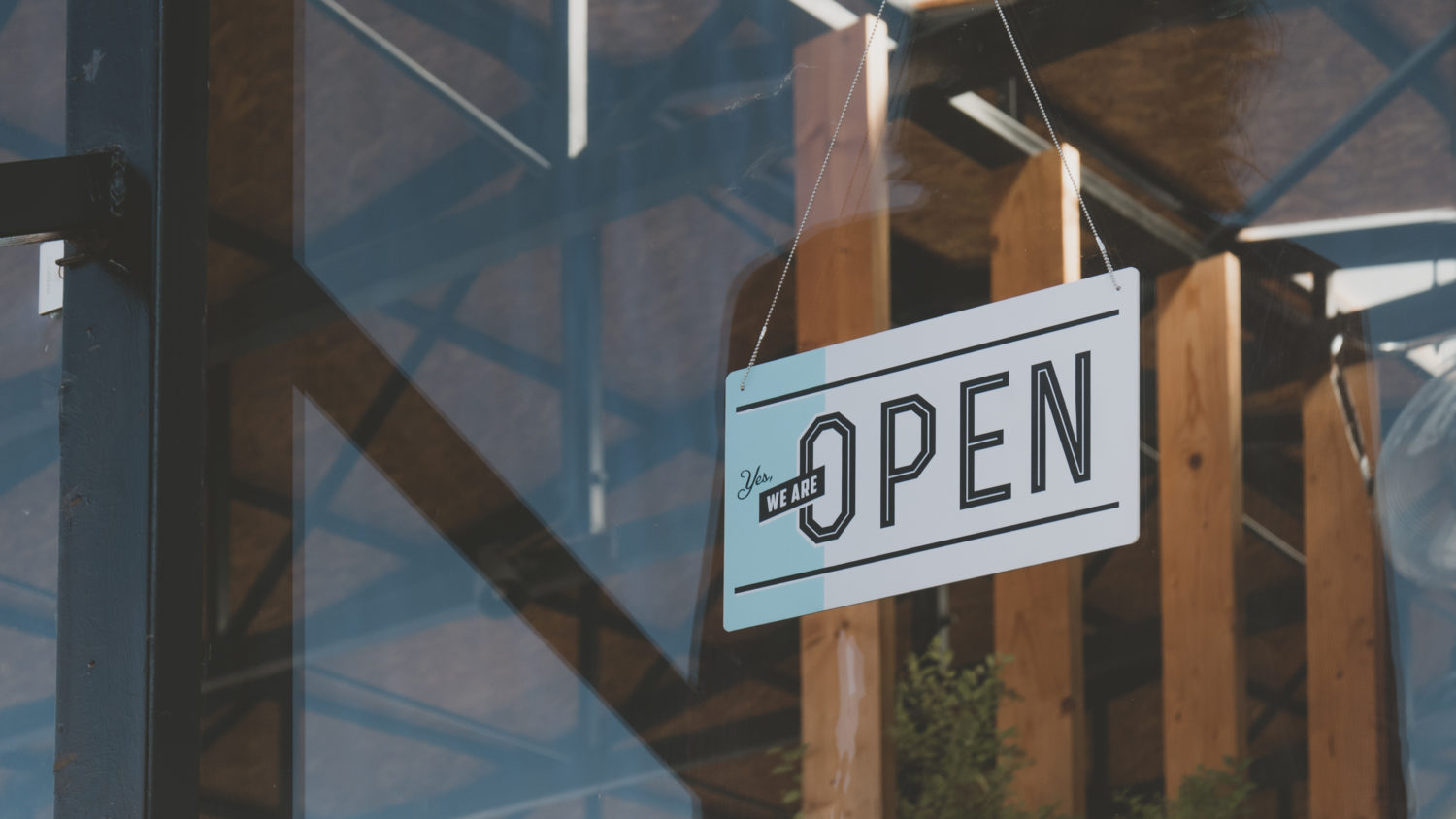 The Fund has also compiled a list of COVID-19 related grants and resources for entrepreneurs and small businesses affected by crisis.

Tenant broker Robert Hoyt is proud to be representing the Fund in its Headquarters lease extension so it can continue to serve more North Carolina small businesses in their recovery from the pandemic. 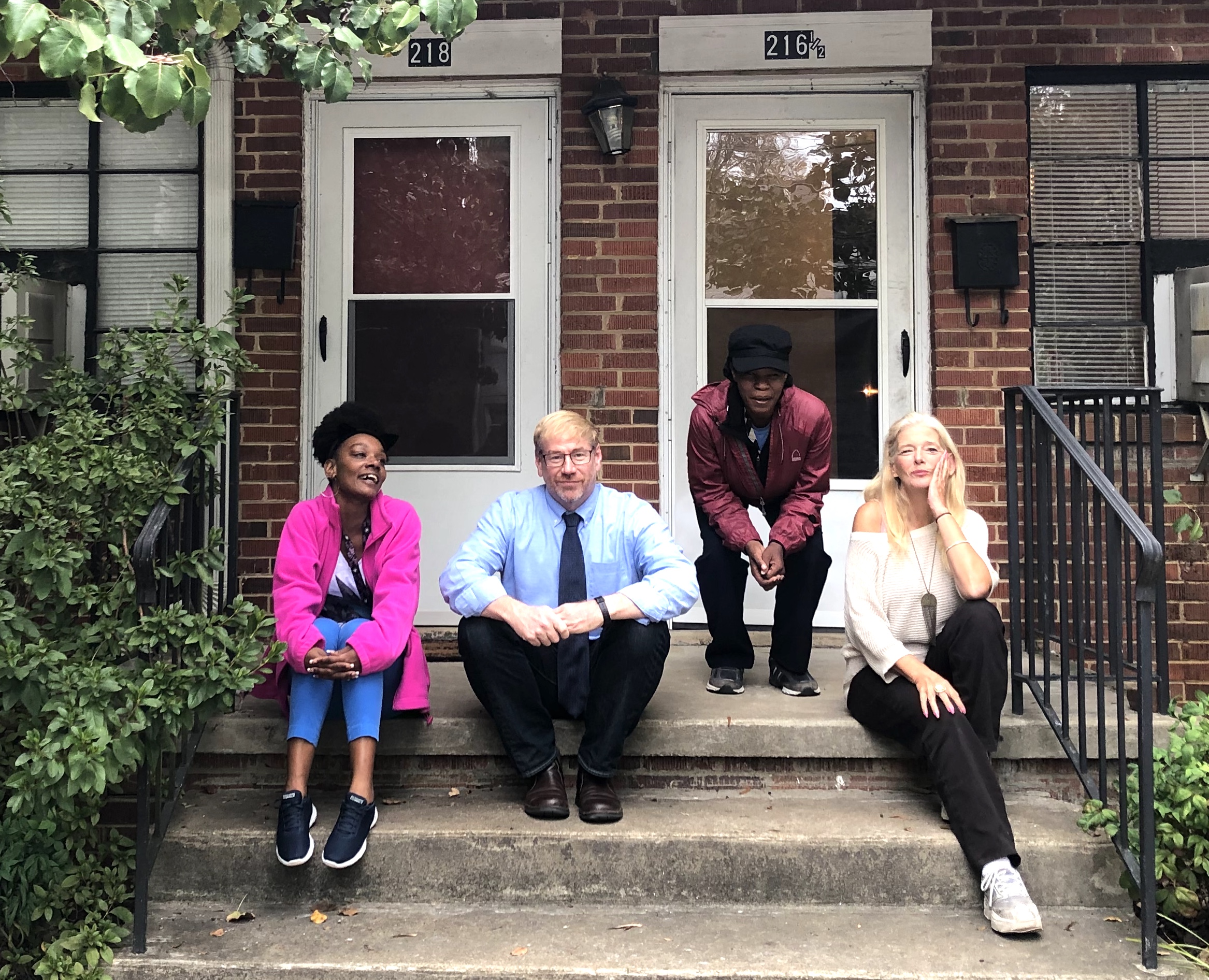 The tenant requirements are listed in the attached flyer. 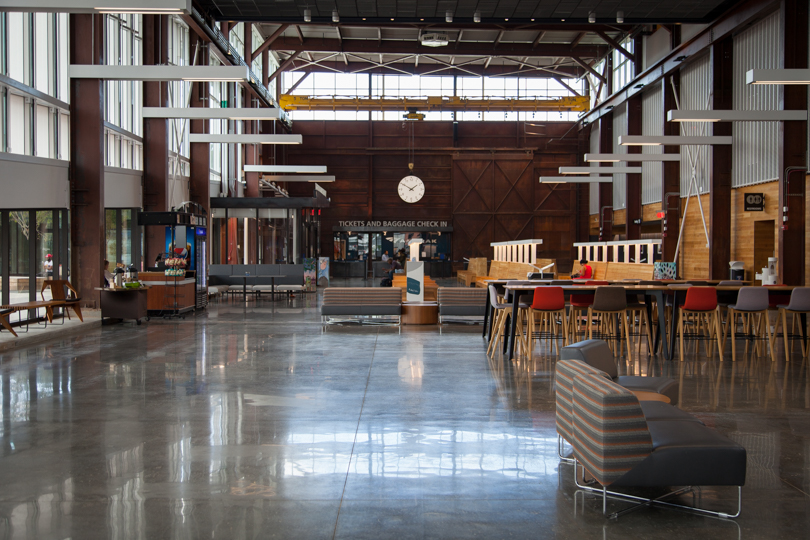 Guides to Applying for the Paycheck Protection Program under the Coronavirus Aid, Relief, and Economic Security (CARES) Act:

SBA Resources for Counseling and Training

You can apply for the Paycheck Protection Program at any lending institution that is approved to participate in the program through the existing U.S. Small Business Administration lending program and additional lenders approved by the Department of Treasury.

There are thousands of banks and credit unions that already participate in the SBA’s lending programs. You do not have to visit any government institution to apply for the program, you can call your bank or find SBA-approved lenders in your area through SBA’s online Lender Match tool. Your local Small Business Development Center, SCORE or Women’s Business Centers (below) can provide free assistance and guide you to lenders. When you call, tell them you are interested in the “Paycheck Protection Program” and they will guide you through the steps for applying for the program.

The application process should be open by Friday, April 3, 2020. 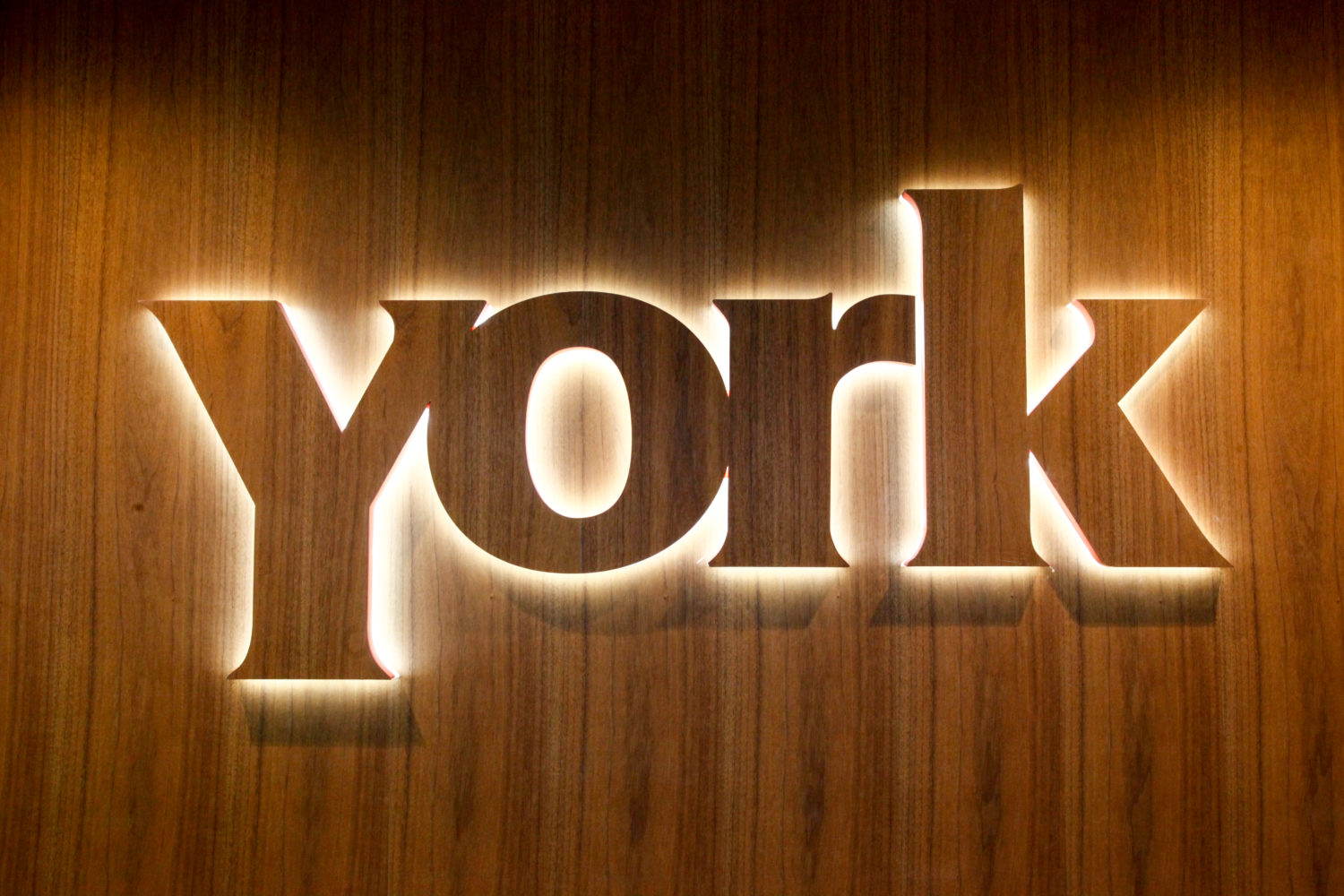 Practical Management in the Age of COVID-19

By  now, most have read the best practices for hygiene, cleaning, and limiting exposure to COVID-19 through remote working where possible and urging ill employees to stay home.

York’s Property Management team has been in contact with the Institute of Real Estate Management (IREM) and the North Carolina Department of Health and Human Services (DHHS) to formulate a common-sense approach to COVID-19.  If, on the off chance, your business has had contact with an active, confirmed COVID-19 case, please follow the protocol below.

Concerned you may be sick?  Please read here for information on where to get tested.

Our objectives are to help you: 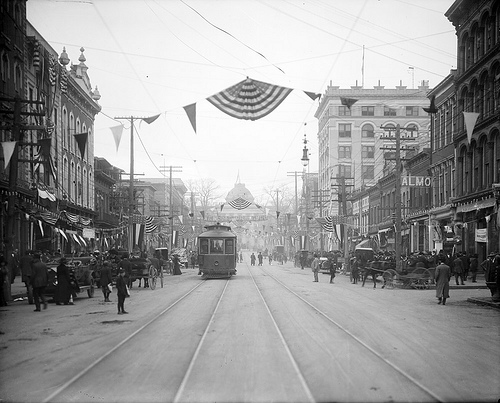 York just completed its 110th year in business, solidifying us as one of the oldest companies in the Research Triangle region and certainly the oldest commercial real estate company. And, since we can’t comprehensively fact check the “oldest” claim (although Our State Magazine profiled the oldest 100 NC family businesses in 2017 and it checks out), we challenge any other locally-owned and operated CRE firm in the Triangle to debunk our claim!

In honor of this milestone, we thought it would be fun to take a look back at Raleigh in 1910 when Charles Vance (C.V.) York relocated from Greenville, NC to hang his shingle in the yet-to-be founded Research Triangle region. 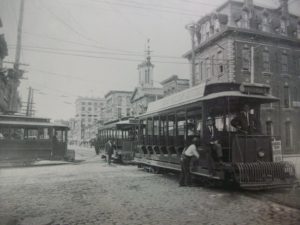 Trolley at Fayetteville and Martin Streets

First a quick history lesson:  Raleigh was founded in 1792 near the geographical center of the state on the Joel Lane plantation. Lane’s house was a popular stop for travelers, so the entrepreneurial Lane built a tavern and a church to cover all needs. This precursor to Raleigh was known as Wake Courthouse or Bloomsbury (also the name of our landscaping division!).

By 1910, Raleigh was modernizing and growing into a veritable city: 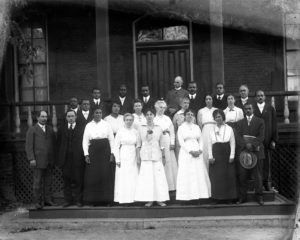 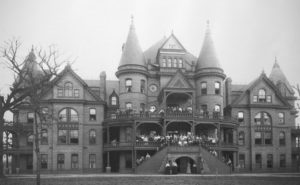 A self-proclaimed “City of Opportunity,” Raleigh was already attracting young, smart entrepreneurs like C.V. York from smaller NC towns to build their lives and businesses.  Now on the fourth generation of York leadership, York Properties continues to grow its business based on the bedrock values of excellent service, integrity and community engagement.