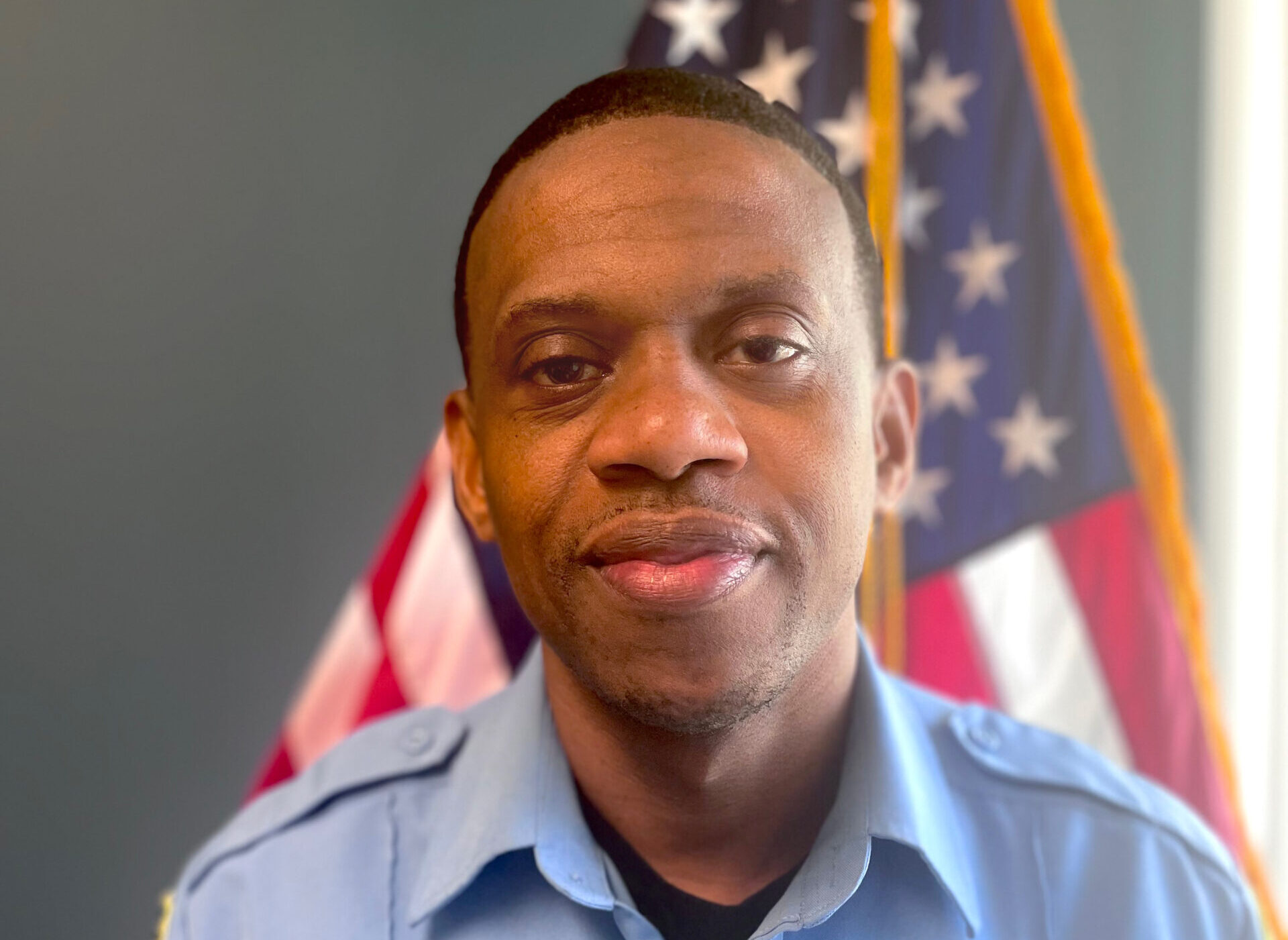 York Security’s Senior Officer Shawn Banks has been quietly supporting youth in the Raleigh area for years now, and he has no plans to slow down.  Officer Banks is the owner, head coach, marketing manager, procurer of funding, emergency transportation provider, team psychologist, and more, for a youth basketball program called Team Raleigh.

The program is a registered member of the AAU Basketball League (one of the largest, non-profit, volunteer, sports organizations in the US).  It provides a space for youth to play basketball in the off-season, continue to develop their skills, and even compete in high-profile tournaments.  You can hear the pride in Shawn’s voice when he talks about “his kids,” rattling off names of youth who have moved through his program and on to college teams.  He says that recruiting isn’t too difficult, as he uses word-of-mouth and seeks referrals from existing players to fill spaces when the older kids move on.  He holds try-outs just like any other sports program would, and when their season is in swing he schedules practices twice a week to help them get ready for tournaments.  Last year, his teams played in 17 tournaments! 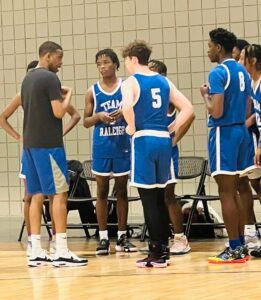 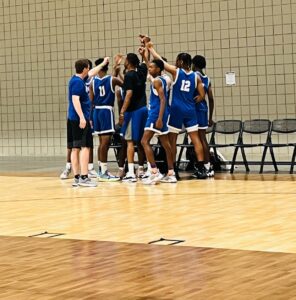 In addition to devoting a great deal of his time to this program, Officer Banks invests a lot of his own money as well.  Just like other AAU teams there is a fee to join. Shawn makes it clear, however, that he doesn’t want cost to prevent an interested youth from participating. Instead of requiring a lump-sum payment up front he actively works with families on monthly payment schedules. And he tells us that he purposefully ensures that his team’s fees are lower than most other AAU teams.  So far he has been able to supplement player’s fees with private donations, most of which come from family members of the team.  Recently however he has begun working on creating sponsorship opportunities for companies in an effort to help cover costs for things like practice facilities, jerseys, and traveling to tournaments.

We are incredibly proud of Officer Banks and his involvement in our community!

For additional information about Team Raleigh, check out their website:  https://www.teamraleighbasketball.com/ 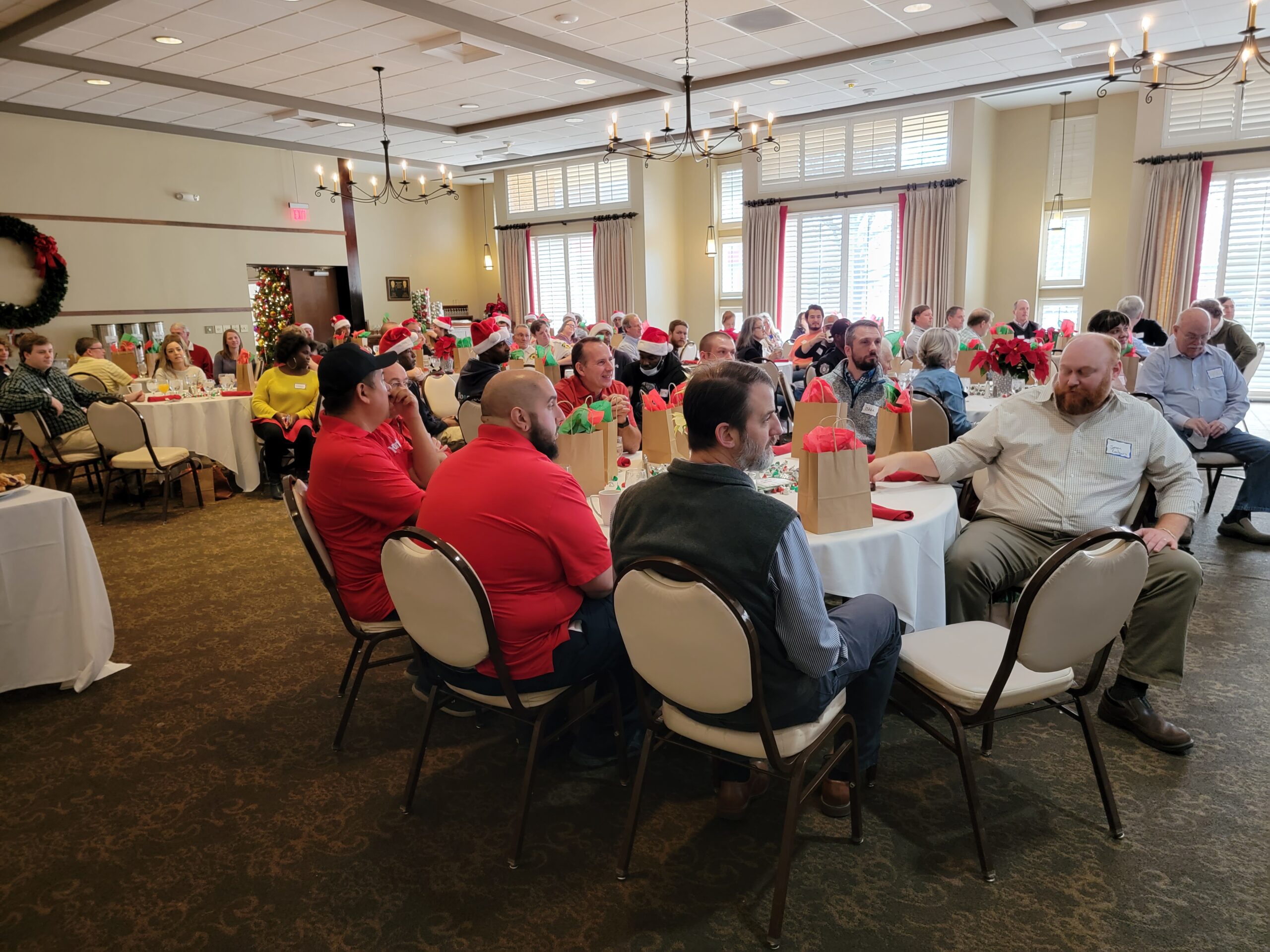 York Divisions Come Together for the Holidays

Holiday brunch with all of our employees is something we look forward to each year! It’s a time when all divisions come together under one roof to celebrate.  Since we weren’t able to host the event last year, this one was extra special. George York presented service recognition awards for both 2020 and 2021.

Thanks to all of our employees for your hard work, dedication and loyalty! 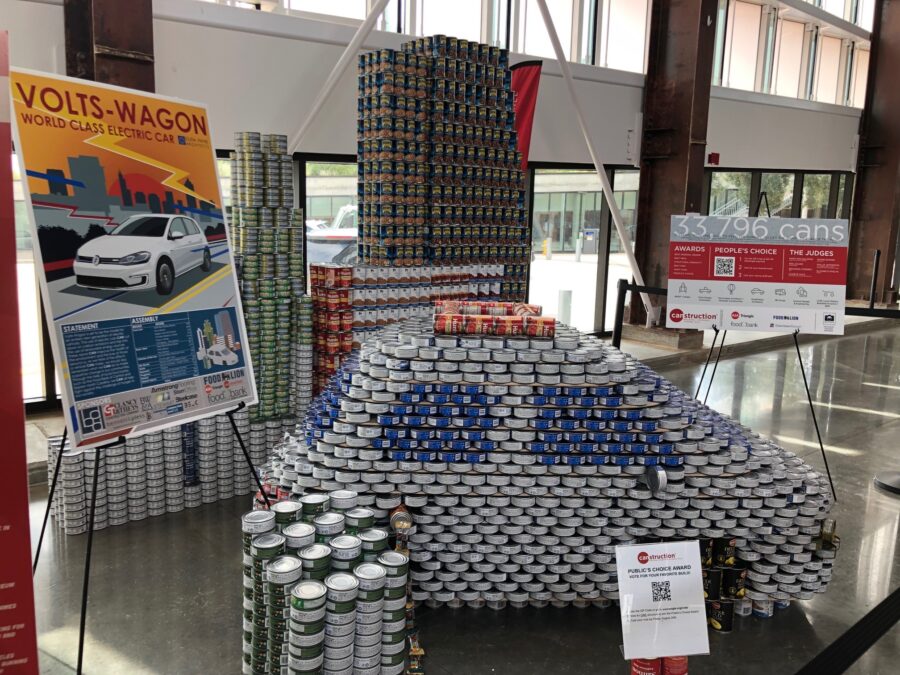 AIA is hosting their CANstruction at Raleigh’s Union Station this year.

CANstruction’s mission is to provide hunger relief assistance by collecting canned food for distribution to local food banks while promoting the design/build industry. CANstruction hosts competitions, exhibitions, and events showcasing colossal structures made entirely of full cans of food. After the structures are built, the creations are on display to the public as a giant art exhibition. Participants include teams of architects, engineers, contractors, designers, and students attending schools of architecture, engineering, and design.

The theme for CANstruction this year was TRANSPORTATION promoting awareness of public/alternative transportation in our local community.

Want to host an event at Raleigh Union Station?  Contact KarenClymer@yorkproperties.com for more assistance and check out our Corporate Events Gallery for more photos! 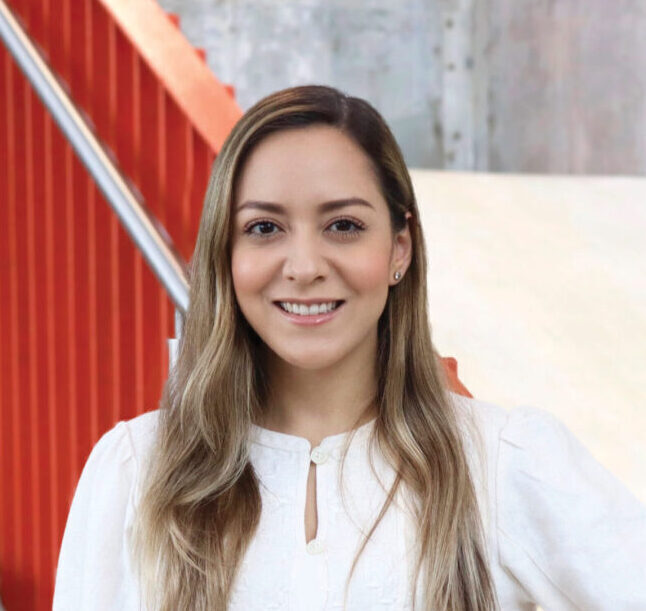 June 10, 2021 Brooke
Gardenia joined York in 2016 as an assistant to the Marketing Department. She is now Senior Marketing Specialist and a licensed North Carolina Real Estate Broker. She works closely with our Retail team, representing Landlords and Tenants in the Triangle market.
Gardenia is a skilled communicator, fluent in both Spanish and English. She has a degree in marketing from North Carolina State University and is a notary public.
When asked what she enjoys about her job she says:

“My favorite aspect of working at York Properties is that I am surrounded by honest, supportive, highly driven, and successful people who genuinely care about those they work with and the community in which they live.” 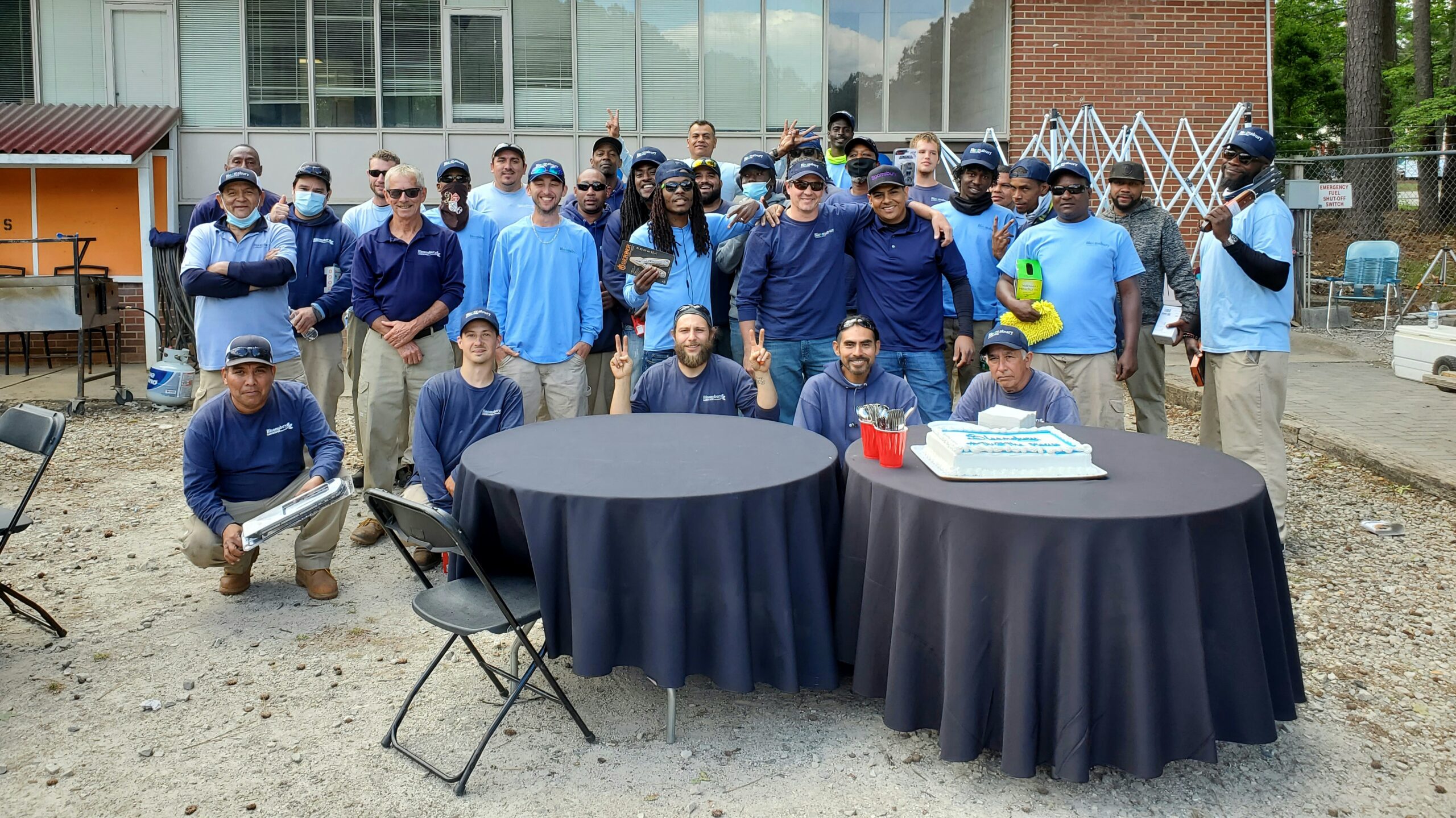 Celebrating a great Q1 with our landscaping division, Bloomsbury Landscapes by throwing a taco party for the crews! Operations Manager, Efrain Ortiz, made authentic tacos and they raffled off lots of great prizes.

Thanks to General Manager, Joe Sweet, and Operations Manager, Efrain Ortiz, for your leadership. 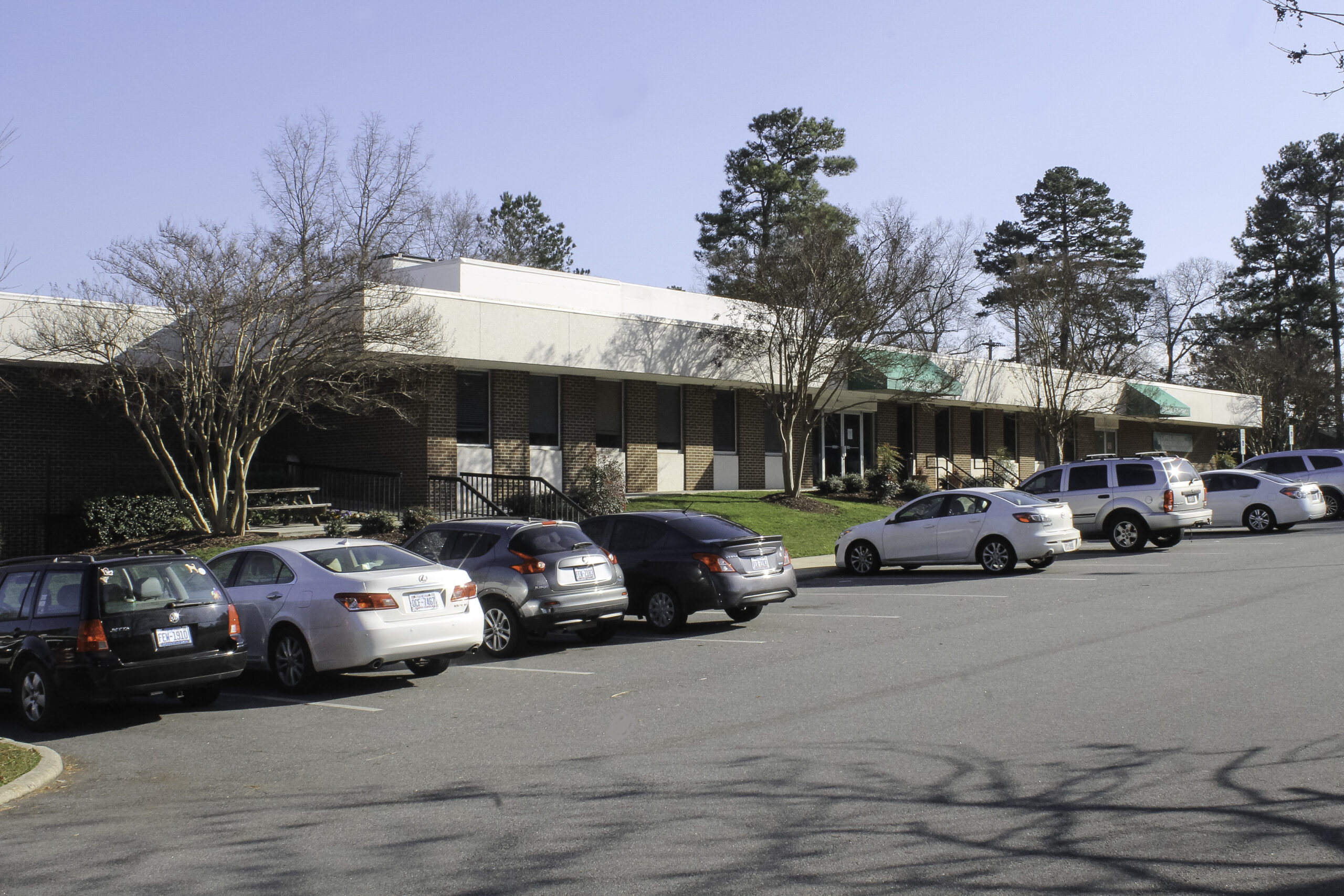 February 26, 2021 Brooke
Congrats to Seller’s agents Brian Wallace and Tad Thornhill on the successful sale of 3801 and 3803 B Computer Drive in North Hills Professional Park last week.
Having managed the asset for 21 years and provided leasing services since 2012 this was an emotional transaction for our team. We will miss working on the property; moreover, we’ll miss working with our great clients on this property! 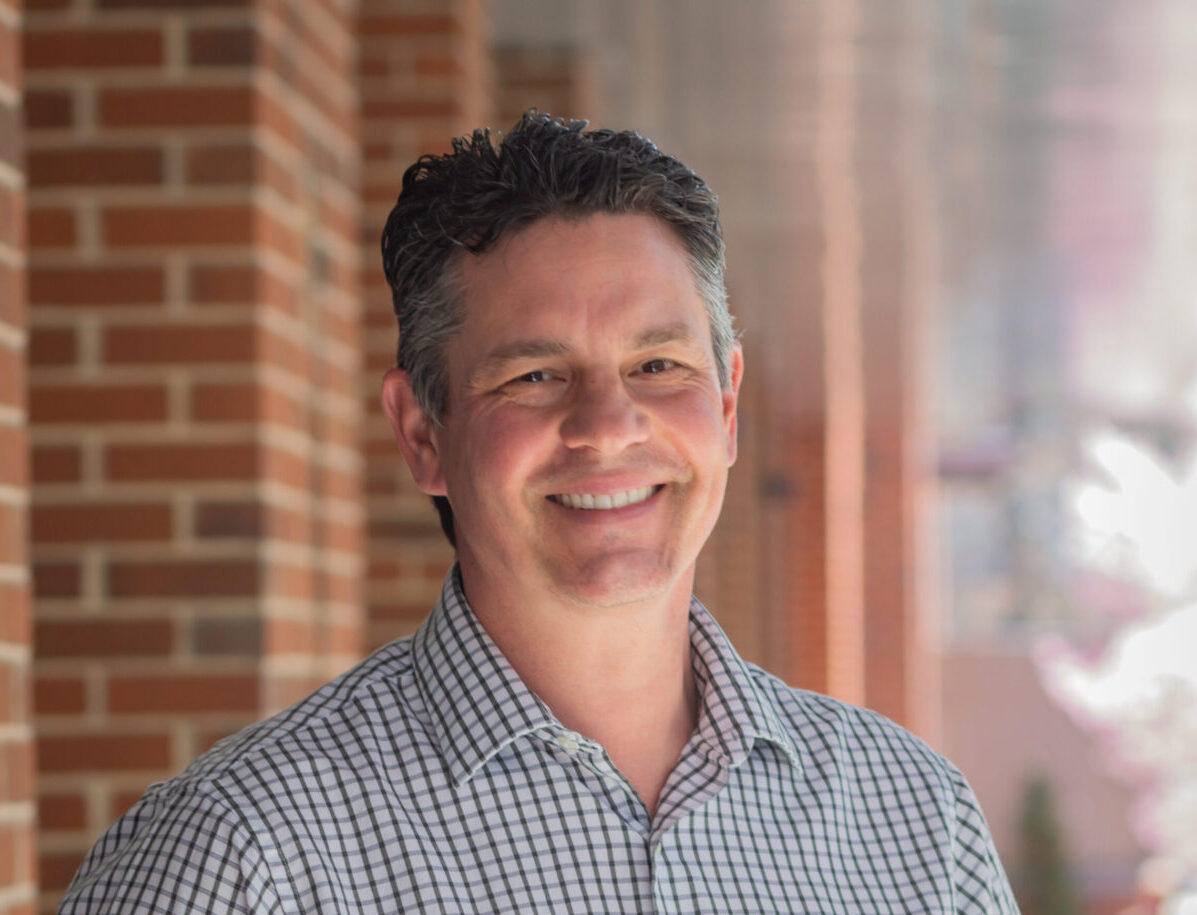 Bloomsbury Landscapes is Under New Management

January 15, 2021 Brooke
We are excited to welcome Joseph Sweet as the new General Manager of our landscaping division – Bloomsbury Landscapes. Joe has been in the landscaping business for 15 years and lives in Clayton with his family. He has an associates degree from NC State University.
Bloomsbury Landscapes was founded in the early 1980’s as the in-house landscape maintenance company for York Properties. At Bloomsbury Landscapes, we are passionate about not only enhancing nature’s beauty and increasing the value of your real estate, but providing best-in-class customer experience. 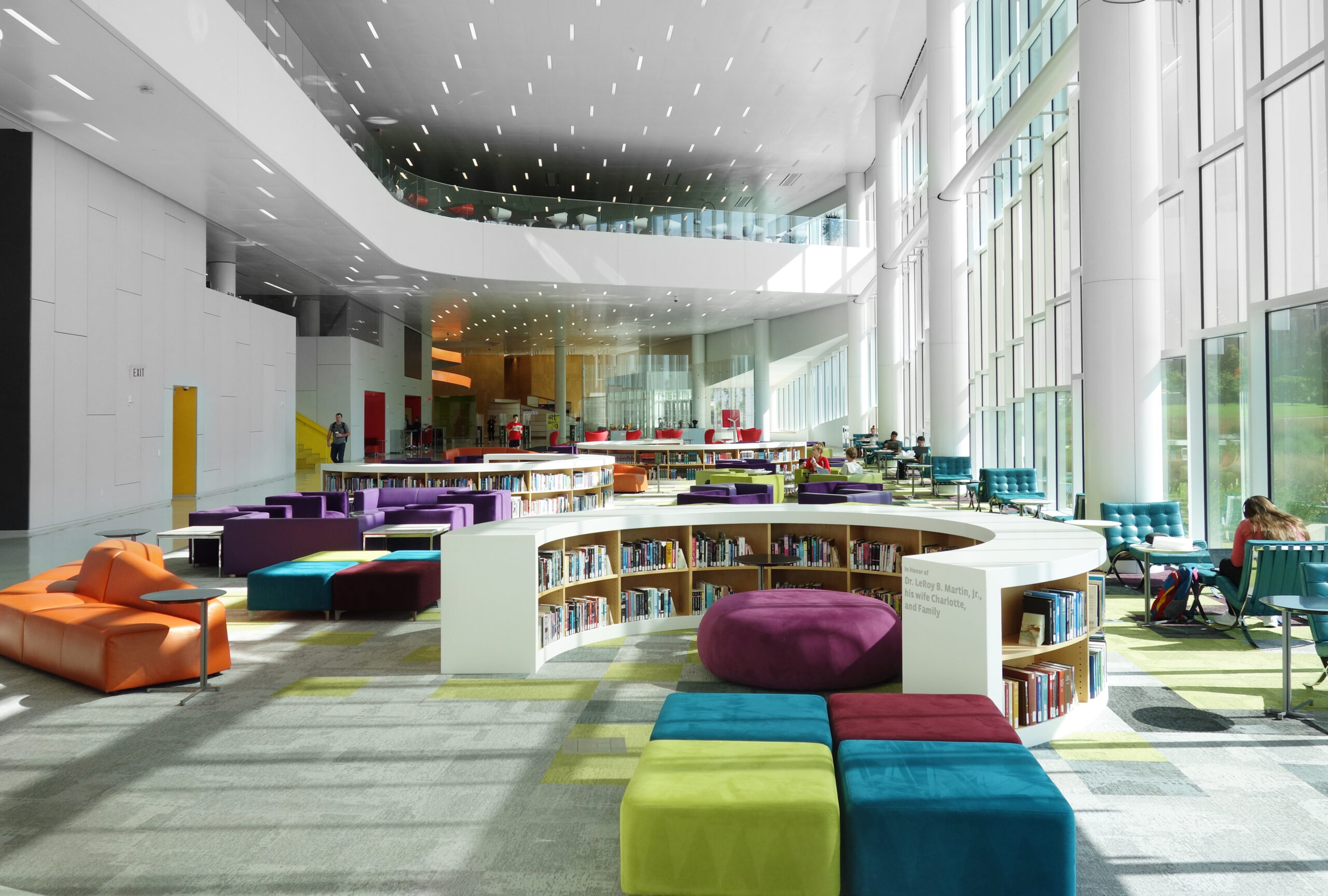 York Properties is pleased to announce that it has been selected to provide landlord representation services for North Carolina State University. York is the exclusive leasing agent for more than 460,000 SF of office space on Centennial Campus and retail space on Hillsborough Street. 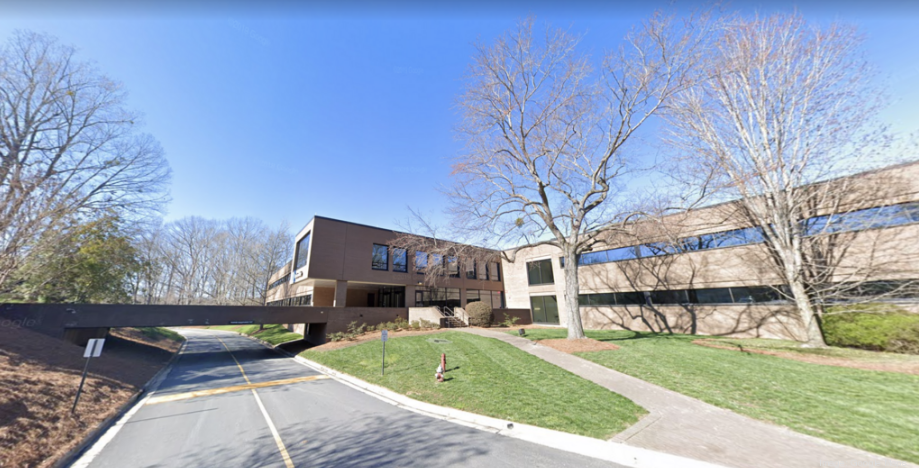 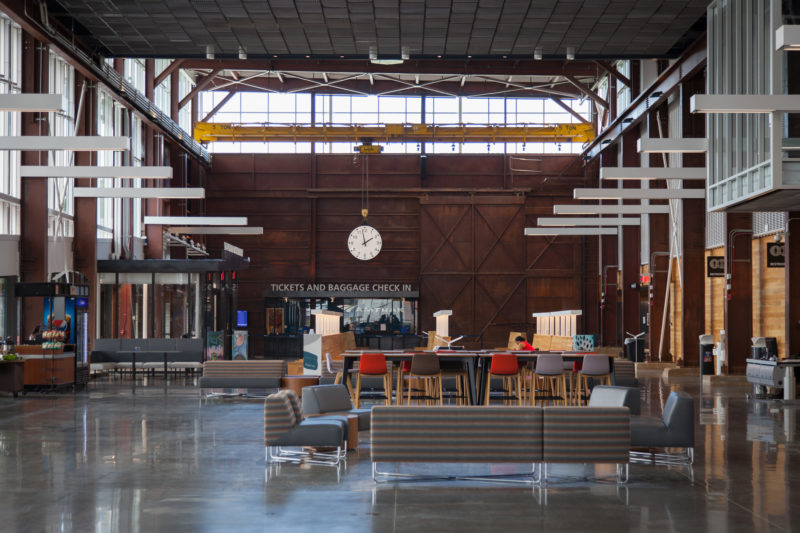 The venue space at Raleigh Union Station (RUS) may not be able to hold large events due to Governor Cooper’s capacity restrictions to slow the spread of COVID, but that has not stopped our events team. RUS has been able to reschedule most of the 2020 events for 2021 and continues to book new events.  The events scheduled for 2021 are mostly social (i.e. weddings) and we anticipate that  social events will outnumber corporate events next year.  Too many weddings have been postponed!

While they wait for a return of events, Karen Clymer, York Event Coordinator, in partnership with Richard Costello, City of Raleigh, have focused on strategic marketing efforts.  The duo approached local production companies to pitch RUS as a cool backdrop for commercials.  IBM was the first locally-produced spot and several others are scheduling.  In addition, RUS produced their own venue photo shoot with photographer Richard Barlow and 20 local vendors. The images from the photoshoot will be seen in a full-page ad in Heart of NC Weddings Magazine, Walter Magazine and WRAL online.  Karen and Richard  also filmed a venue tour with Thomas Blake Films, who filmed York’s Christmas Car Karaoke video last year.

So don’t wait if you’re thinking about booking Union Station for an event next year!